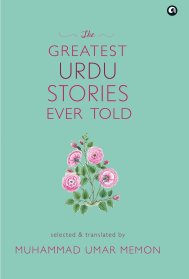 The greatest Urdu stories ever told is one of the finest and rare short story collections I have ever read. The twenty-five stories in this collection include the work of twenty-five writers of Urdu like Munshi Premchand, Naiyer Masud, Khalida Asghar, Saadat Hasan Manto, Rajinder Singh Bedi and others. Every story in the anthology illustrates one or the other facet of life like death, fear, desire and poverty.

The short fiction is often underrated because of its short length. It is a common notion that short fiction requires less effort from the writer in comparison to the fiction written at length. However, I don’t agree. The short fiction gives the equal pleasure to its reader as much as a long fiction and requires equal discipline. If you don’t agree with me then you should give this book a chance and I am sure it will change your perspective and also introduce you to some of the finest and greatest short stories you have ever read of Urdu.

The stories are unique and exceptional and the fine translations by Muhammad Umar Memon make the experience of reading pleasurable. I don’t know the Urdu language so it is my golden opportunity to read the stories in the language I understand. The twenty-five stories are the finest short fiction of Urdu literature.

The book is one of those you will cherish reading and would like to re-read the stories. It is one of those rare gems of literature you don’t want to miss having in your vast collection of books adorning your bookshelf. This is undeniably a must read.

Muhammad Umar Memon is a professor emeritus of Urdu literature and Islamic studies at the University of Wisconsin, Madison. He is a critic, short story writer and translator. He was editor of the Annual of Urdu Studies (1993-2004). He lives in Madison, Wisconsin. 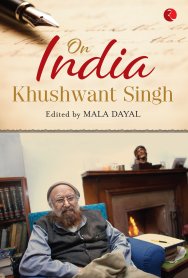 What does it mean to be an Indian today? What is India to its people? A country as diverse and fond of its culture. There are though things you disliked about your country but there are many things you cannot deny loving them. How much you know your country? Khushwant Singh talks about his country and the city he loves, Delhi, and he gave seven reasons for loving. He talks about seasons and a festival for everyone, among others. He recalled the days of partition, gunfire and mobs yelling in the streets. Those arduous days left a deep wound on his heart.

On India brings to you some of the selected writings of Khushwant Singh on his beloved country edited by his daughter, Mala Dayal an author herself. The articles featured in this book written over the decades and span a wide range of topics. The book ends in a lighter vein with some of the favorite jokes of the author.

The translation of the Bara Mah by the Guru Nanak describes nature and human mood and talking to the Lord at the same time telling him all problems and believing wherever he is will come to their help. The beautiful description of the twelve months of the year is beyond words. His impeccable and trademark humor can be seen when he talked about the VIP culture and the importance of being important.

Every article is stand-alone and divulges the mind of the nation strengths on its diversity. Read this book to know more about your country and countrymen in the words of the most widely read, best-known and revered writer of India.

Born in the village of Hadali in Punjab (now in Pakistan) in 1915, Khushwant Singh over the years had acquired an iconic stature. He was the founder-editor of Yojana and editor of The Illustrated Weekly of India, National Herald and Hindustan Times. Over the past six decades, he has published several best-selling nonfiction and fiction titles, including Train to Pakistan, I Shall Not Hear the Nightingale, his autobiography, Truth, Love and Little Malice; and the two-volume history of the Sikhs. Khushwant Singh was a member of the Rajya Sabha from 1980 to 1986. He was awarded the Padma Bhushan in 1974 which he returned in 1984 to protest the siege of the Golden Temple by the Indian Army. In 2007, he was awarded India’s second-highest civilian honor, the Padma Vibhushan.

Mala Dayal is the daughter of Khushwant Singh. She also authored books: Nanak: The Guru, The Story of Hanuman, The Story of Krishna and The Ramayana in Pictures. She is based in Delhi.

‘Once upon a time, there was a story.’ The opening lines of the book make it clear that this journey is going to be amazing and the content page lists the stories of one of the best and the most loved authors of all times from around the world. And nothing could be better than reading best Stories from around the World selected and compiled in one book and presented to you by Deepa Agarwal.

‘The Best Stories from around the World’ has stories of every age and simply the best. ‘The Dare’ by South African writer Beverly Naidoo is a moving story about peer pressure. Minoo Karimzadeh’s ‘The Last Ticket’ transports us to Iran is a story of a young boy Sohrab’s struggle with financial hardships. A wickedly funny one, ‘The Open Window’ by Hector Hugh Munro, the British Author, who wrote under his pen name ‘Saki’ is universally acknowledged as one of the masters of this form.

I am no one to say anything about the stories and their composition because they have been written by one of the best authors of their time and admired through ages and idealized by the authors and writers in present time and in coming years and generations.

The stories are timeless and have a characteristic style of the writer that time and again reminds you of their other stories previously read. This book is good to introduce you to the authors if you haven’t read many or missed few. I came to know about authors I had never come across of their work before and also give me the opportunity to read few greatest authors I have heard but never get a chance to read. The book is an award for the one who loves reading more than anything.

Author, poet and translator, Deepa Agarwal writes for both children and adults and has about fifty published books to her credit. She has received several awards for her work. The picture book, Ashok’s New Friend, was awarded the National Award for Children’s Literature by the National Council of Education Research and Training while her historical fiction, Caravan to Tibet, featured in the International Board on Books for Young People Honor List of 2008. Five of her titles have also been listed in the White Raven Catalogue of the International Youth Library, Munich.